The realization of a project

SMALTIS SAS is a private company created in April 2014 by Sophie Guénard and Cédric Muller, two PhD holders in Life and Health Sciences from the University of Franche-Comté. The business creation project was born in the minds of the co-founders, following the numerous solicitations they received for scientific collaborations during their doctoral training. Their participation in the virtual company creation competition, “Les Entrepreneuriales 2012”, awarded with the prize of excellence, was a fundamental turning point for the project. This competition allowed Sophie and Cédric to identify the existence of a market for services in microbiology and to launch themselves into entrepreneurship.

What started out as an ambition to create a multiservice company offering services in bacteriology and molecular biology has become a company whose objective is to become one of the leaders in microbiology, providing customized and high added value expertise for future innovations in the huge field of health.

Over the years, the team has grown around a solid core, allowing Sophie and Cédric to rely on the diverse skills of their collaborators and to be able to offer services based on passion for research and daily adaptation.

In July 2019, Smaltis opened its capital to the mAbEXperts group, a cluster of companies offering services in design and biomanufacturing of plasmids, antibodies and recombinant proteins, in addition to bioassays. This association allows to bring a global offer to answer customers’ projects requiring various skills. 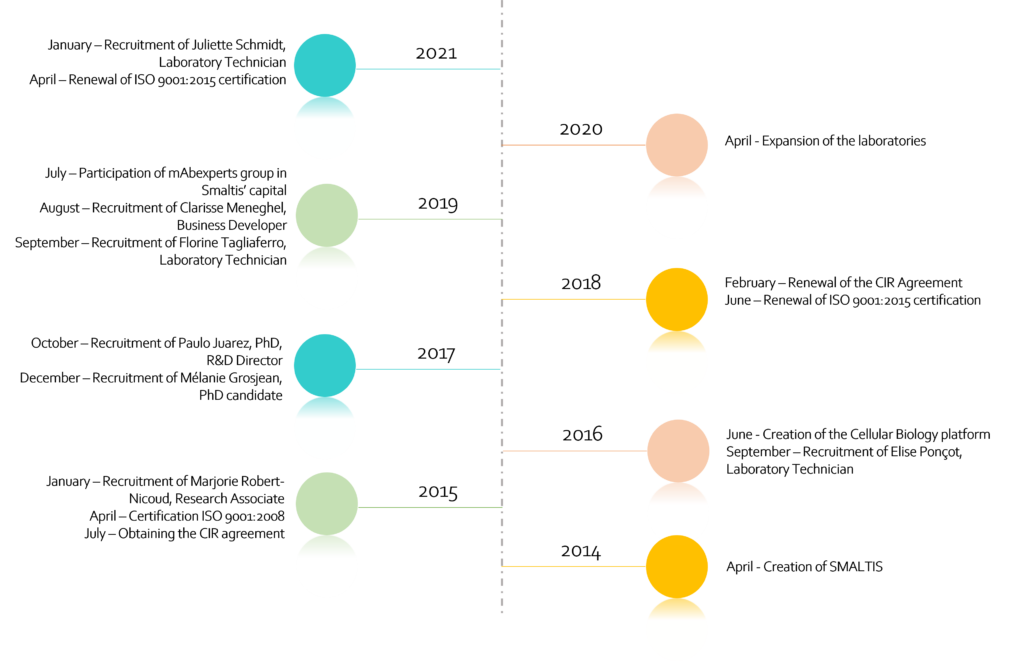