PCR (Polymerase Chain Reaction) is a reference molecular biology technique for the exponential amplification of DNA, which makes it possible to obtain a large number of identical copies of a DNA fragment.

Each PCR cycle consists of three steps: denaturation of the template (separation of the two DNA strands), hybridization of the primers onto the DNA strands, and elongation of the DNA by a polymerase enzyme capable of synthesizing DNA from the nucleotides present in the reaction. At the end of each cycle, the amount of target DNA is doubled.
Typically, PCR involves a sequence of 20 to 40 cycles.

Thanks to this technique, SMALTIS proposes to amplify and thus to detect the presence of DNA fragments of interest.

The use of DNA intercalating agents or fluorescent probes during the PCR reaction also allows to quantify in real time the increase of the number of newly synthesized DNA copies. Through this technique, called qPCR (quantitative PCR), SMALTIS specifically quantifies a target of interest or the expression of target genes.
Indeed, SMALTIS can specifically study the expression of genes of interest by quantifying the number of messengers (mRNA) after a Reverse Transcription step allowing the conversion of mRNA into complementary DNA (cDNA). This method is called RT-qPCR. 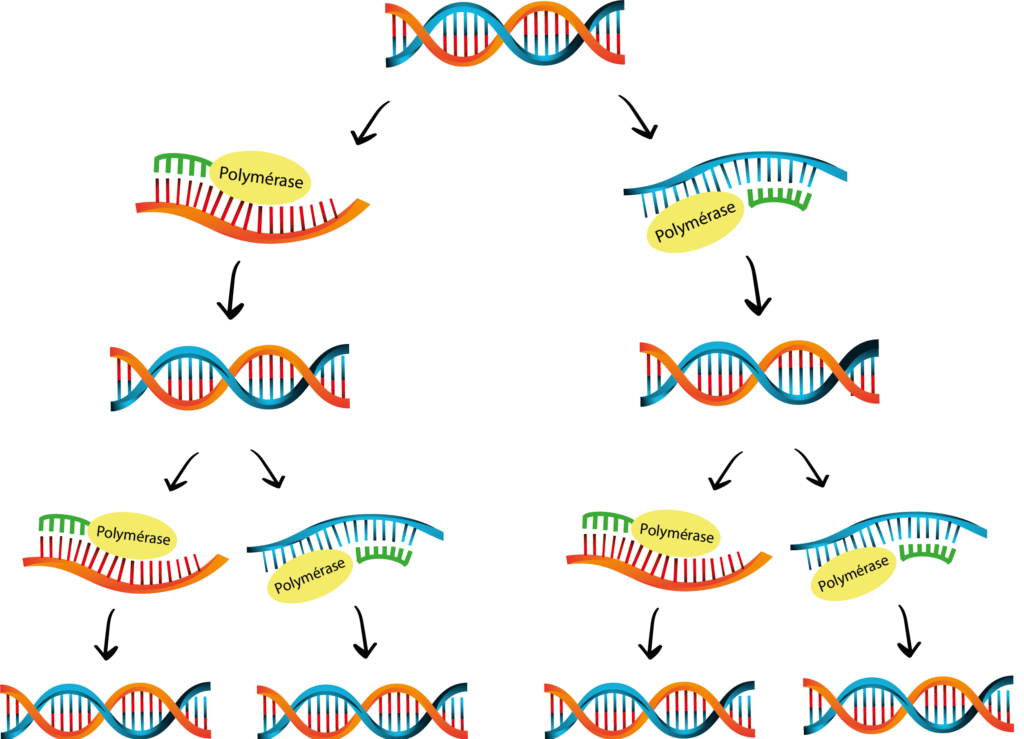